On Friday of last week, I decided to run a test over the weekend to get an idea of how effective my positive-pressure workstation would be at its obvious task. I put a first-gen iPad one screen on top of the workstation, and one inside the workstation. I turned the fans on, wiped them both down until I was satisfied at their relatively clean appearances, and then took a look at them this morning.

I made two discoveries. First, the workstation seems to be up for the challenge. And second, apparently it's very difficult for my phone to auto-focus on an extremely reflective surface. That said this update and the images probably aren't worth going through the trouble of taking the DSLR into the shop. I used a sheet of 11" x 17" paper to allow for a semi-consistent reflected image in the screens. Despite the image quality issues, the differences are obvious: 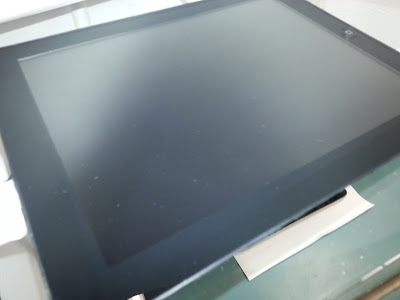 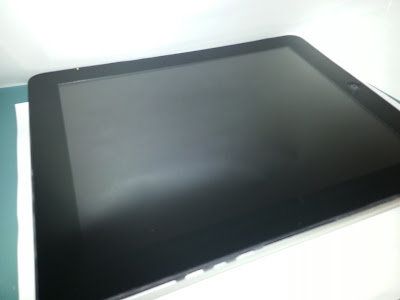